One of the things that really irks me when people ask about the rebuild progress is the topic of fire inspections. In our old house, we had sprinklers. We had a fire hydrant right next to the driveway. We had 10k gallons of water in a tank on a hill above the house, so it would gravity feed even if (when, because…) PG&E cut the power. We had a brand new roof of fire-retardant shingles.

Our house burned down.

The firefighters were based across the street, literally. Did they come down our driveway? Did they hook up to our water? Of course not. I’ve heard that they actually refused to hook up to other folks’ hydrants, not trusting the water not to gum up their works. The reason we have such amazing retaining walls is that the fire inspector insisted we needed to be able to support a fire truck turning around on our driveway. If a fire truck ever comes down, we’ll be ready, but don’t hold your breath. So, please, please stop asking me about fire inspectors – I don’t like feeling that annoyed.

All this said, we do have a nice, shiny new fire hydrant (the old one burned up in a fire…). The county has also updated their requirements for reserve water. Now, we have two 10k tanks. We were originally going to reuse the old one, but it turns out that it has a leak somewhere, so we had to get two new ones. That’s why in the pictures of the site you might see three big tanks – one of them is going to get plumbed in to replace the old leaky one at some point. 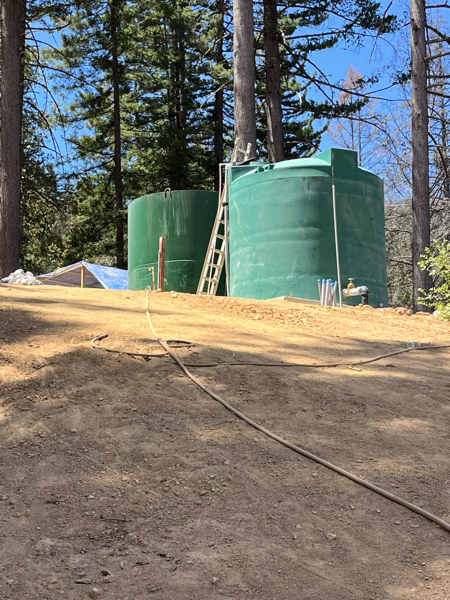 Anyway, there have been busy plumbers over the past week or so, as evidenced by all the pipes and tubes running under what will eventually be the floor of the ADU. 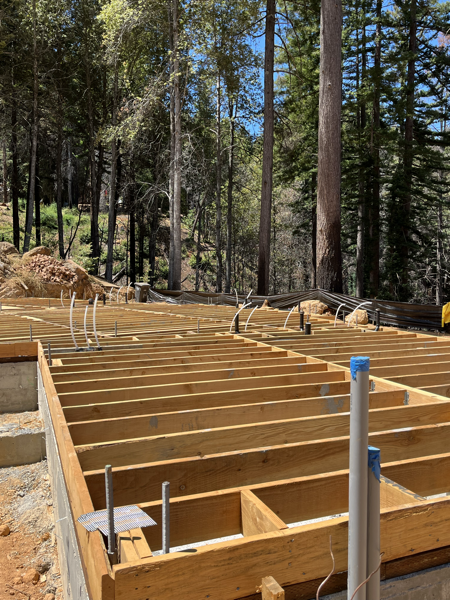 The gray pipes here are conduits that will (I think) eventually go into the main power box for the ADU. So, this is from the east end of the unit, looking west by northwest. 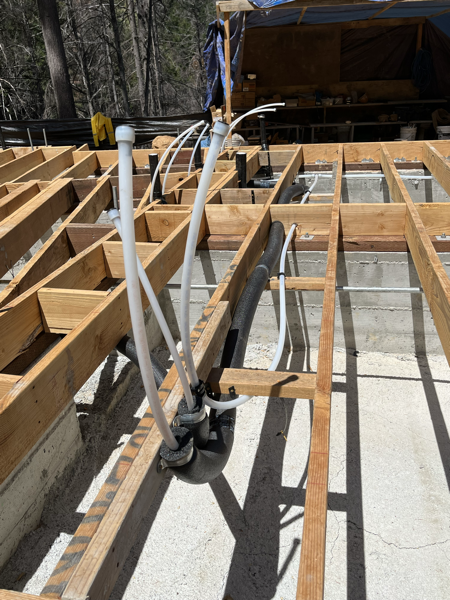 Here’s a look at the laundry hookups just to the east of the entry on the south side of the ADU. 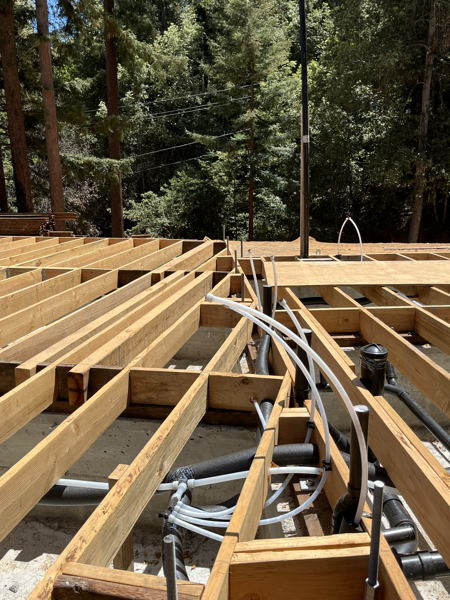 And this is what the kitchen plumbing hookups look like.

Lots of work has been going on.

I play the bagpipes. I program computers. I support my family in their various endeavors, and I enjoy my wonderful life. View all posts by pirateguillermo